Last week marked Crossover Day, the day by which a bill must make it out of the chamber that introduced it in order to still be considered this session. Aside from the usual flurry of last-minute votes, Crossover Day this year was marked by the indefinite suspension of session due to the nation’s ongoing public health emergency spurred by the spread of coronavirus.

Unfortunately, HB 588, the legislation carrying the Georgia Work Credit, did not pass out of the House and is therefore no longer a viable bill. However, there is still hope that it could be added as an amendment or change to a bill that has crossed over when legislators return.

Instead of passing a Georgia Work Credit, legislators passed 949, a bill that represents the exact opposite of what the Georgia Work Credit seeks to accomplish. HB 949 would create one flat tax rate for all taxpayers, no matter if you are a millionaire or working a minimum wage job.

Here are the facts:

There is significant skepticism for a flat tax in the Senate. The chamber and its leaders have rejected a flat tax previously and shown bipartisan support for a Georgia Work Credit. This is a history many of you helped make happen.

We need the Senate to hear from us that if we are going to cut taxes, the Georgia Work Credit is the option that would provide the most benefits to our state. It would: 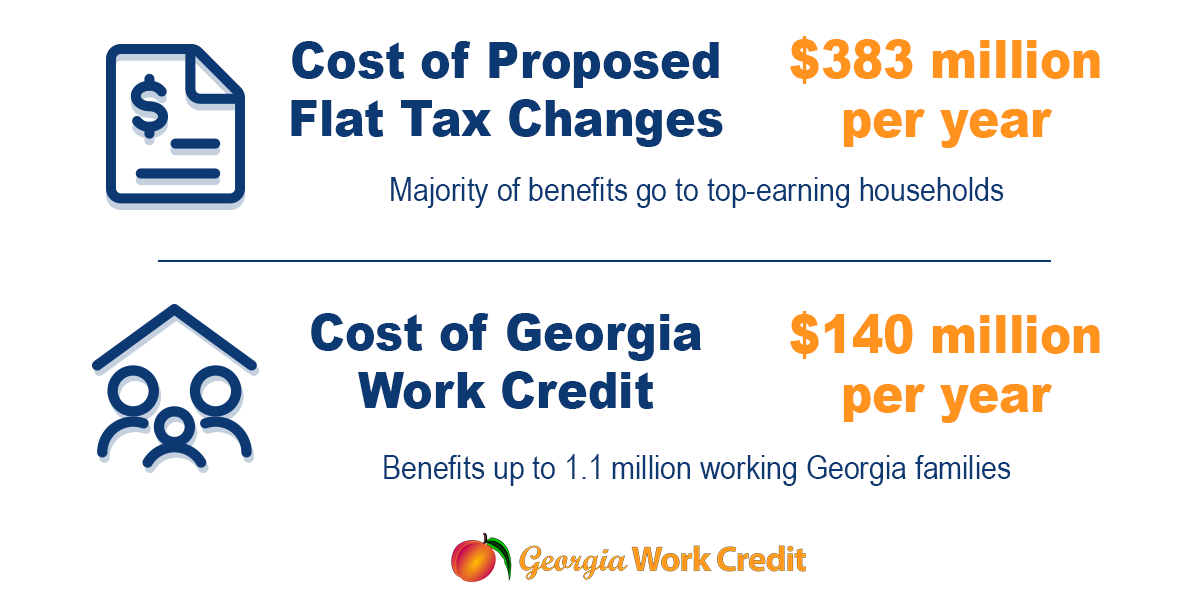 When the legislature reconvenes, we’ll need to move quickly to stop this tax raise on the middle class. You can learn more about this dangerous tax proposal here and ask your lawmaker to oppose it here.

We’ll keep you updated on the movement of this bill when the Legislature is back in session.